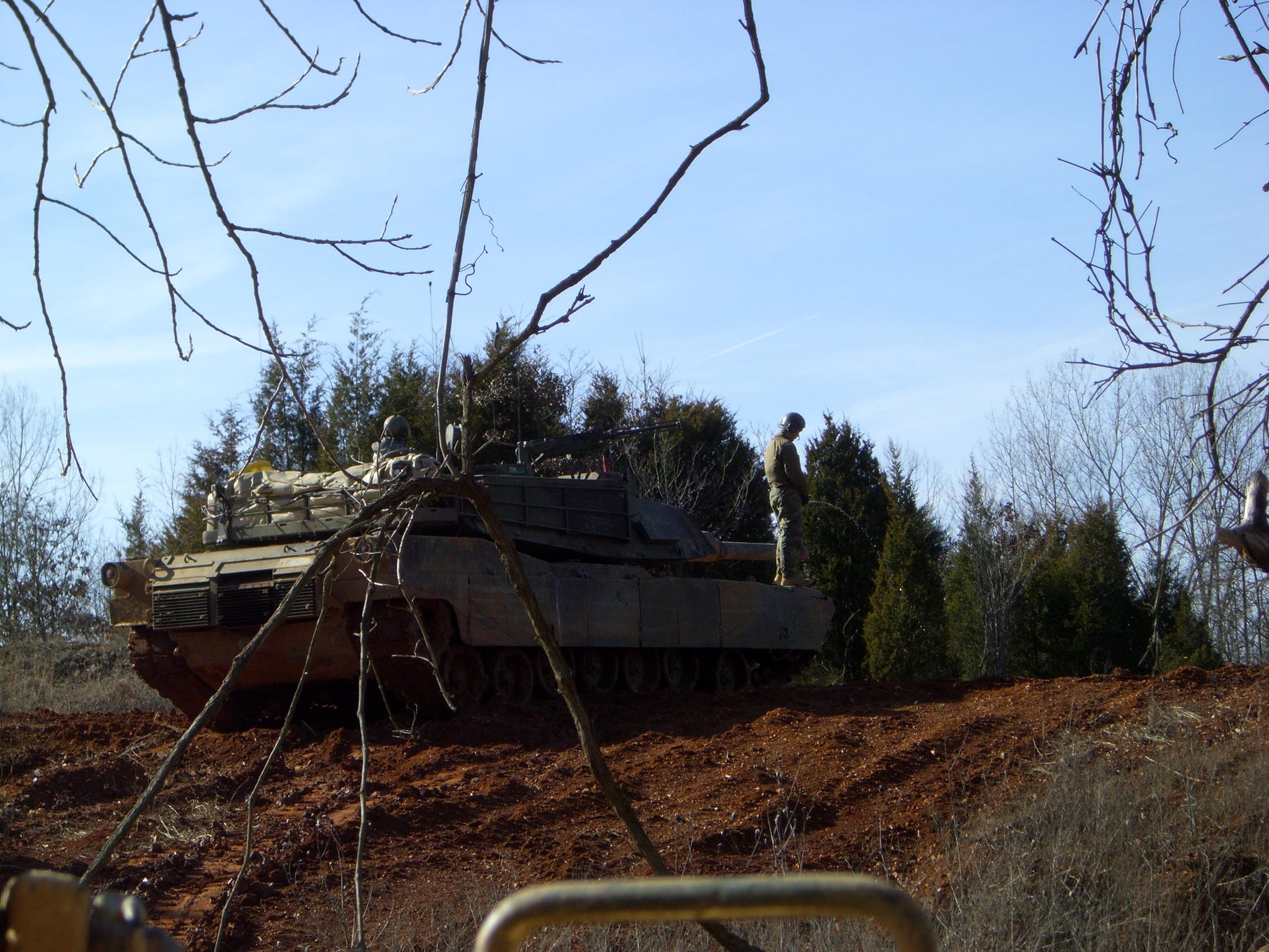 What is a turret slug? And does it have anything to do with this?

I read somewhere that you guys would have competitions during FTX's to see who could go without their feet touching the ground the longest.

Permalink Reply by Dave Gettman on April 10, 2009 at 3:01pm
Sometimes out of necessity, due to the muuudddddy conditions!

Permalink Reply by Bruce Lantz on April 11, 2009 at 11:35pm
I think if anyone took a dump in the turret, he wouldn't have lasted long after he ate it. And I was a Tanker!
In 22 years, I'd never heard that term

I could see if you were buttoned up in combat and had no other choice, but even that would be pushing it.

I DO remember having little contests about not touching the ground, but didn't know or don't remember there being a name for it. NOTE: Kes, Ivan...If this thread is not kosher, remove it. This was just toooo funny not to share with my friends here.


Okay, so we were out on a mission yesterday to provide security/overwatch for a team to do an audit/inspection of a civilian demining company clearing land mines in the Stan.

We get there and are in our vehicles covering the roads for about a half hour. I am sending messages back and forth with my bro who is the TC (Truck Commander) of the vehicle to my rear.

He said he had to poo. I told him he is ****ed because we will be here for another few hours, and he cant get out of the truck because of the mines.

He said he was going to look around in the back for an ammo can.

I thought he was joking.

I told him his truck crew was going to hate him for life...

10 minutes later I saw both front doors open and his gunner pop up and start dry heaving over the side of the turret.

His driver grabbed his camera and turned around in his seat and yelled bro's name loud...

A legend was born.

Permalink Reply by Bruce Lantz on April 14, 2009 at 10:39pm
Come on Guys. Just think about this for a minute. There are 4 guys in a Crew. Do you think that they would put up with crap in their living space? It's not that hard to hang your ass over the back deck and take a dump.
Come On Tankers, chime in on this

Permalink Reply by Dave Gettman on April 14, 2009 at 11:17pm
I don't care Bruce. If I was in the middle of an artillery barrage or a real heated firefight and had to take a dump REAL BAD, my bro's would have to suck it up, 'cause I ain't hangin' my ass over the side.

Permalink Reply by Bruce Lantz on April 15, 2009 at 9:08pm
Dave, Gene, if you're in that kind of a situation, you don't have time,or even the inclination to crap

Permalink Reply by Dave Gettman on April 17, 2009 at 2:15pm
Thankfully I've never been in that situation, so I have to take wild guesses at what my reactions would be. I suppose there would be a huge pucker-factor.