The rioting in major cities across the U.S. has spread to

The Valencias, and similar Florida communities, a retirement community of 100,000.

Looters in Florida’s friendliest hometown have broken into
stores that sell laxatives, vitamins, hearing aids, reading
glasses, energy drinks and surgical stockings.
The thugs were easily caught and arrested since they were
using their walkers and golf carts to flee.

The protests have been limited to the evening hours because
most of the lawbreakers either had doctor’s appointments
during the day or because rioting would have interfered
with their afternoon naps.  The marches didn’t last long
because many of the demonstrators had to get home to pee.

In many cases, the demonstrators simply forgot why they
were even there.

Officials considered a curfew starting at 9 p.m. but since
that’s the time when most of the residents go to bed anyway,
it was decided that it wasn’t needed.

The AARP is coming out with a new GPS for senior citizens.  It not only helps you get where you’re going but also reminds why you’re going there.

Now that's the proper way to throw track if you're going to throw one do it to the best of your ability. That day was a bummer for several men. 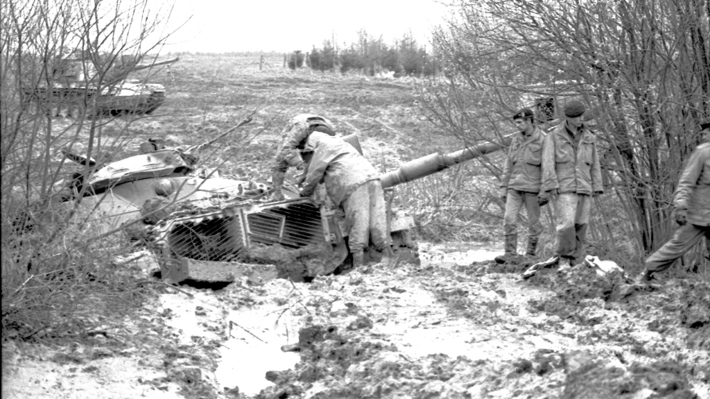 Hi Andy - Chief here,  I do hope you and your  family are hanging tough, threw this  unbelievable time of our lives.  I Enjoyed your story, attached a few  photos that would relate to your story, what's the old saying, been there done that, have the  scar to prove it, something like that.  Take care   Dragoon for life - Chief

9 Nov 1985 the Squadron had M-1's.  I believe Charlie was first to take them to Camp Gates.  They did a Troop show of force at PS Camp 7?  The Czech's really liked our new toy's.  They took pictures, sent some L-39's.  They road marched back to the Rock.  1 tank threw track right across the whole road (of course it was dark & 2 way traffic)  They broke the other track & dragged it back home on it's road wheel's with the M-88 "Heavy Metal"  that was the night I met my troop.

Thanks Dave for Info. a few years ago I would have jump on it, but unfortunately there no more room left to add more items to my military collection, see (attached photos) and at this stage of my life I'm concerned that my poor wife will be left trying to deal with it all, it would be a nice item for the Reed Museum.- Take care Dave and keep your head down and your powder dry.- George

Hey Chief, I thought of you when I saw this.