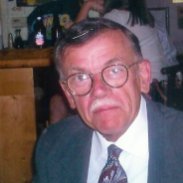 This is the Certificate of Merit awarded to Private Balser Horn, Company K, 2nd Dragoons for distinguihing himself in the service at the Battle of Cerro Gordo, Mexico on 18 April 1847.More…Continue

Click on the link and scroll to the Cavalry Corps …Continue

What unit(s) did you serve in with the 2d Cavalry?
Hq, 3rd Squadron

Where were you stationed?
Pond Barracks, Amberg

What MOS or job description did you have?
Squadron Adjutant
S-3 Air

What was your rank/title?
Captain

What years were you assigned to the 2nd Cavalry?
83-85

Do you have a web site?
http://majjamesbronan.wordpress.com/

Jim Ronan, how the heck are you!

Thank you James, but there is a HUGE hole where the Cold War section should be. So daunting I haven't even attempted a start.

To see what the Regiment has been up to the last few years, you can check out my news site http://www.dragoons.org/

Yep, I recall the "southie" accent.  How you ended up is South Carolina is a mystery unless you were in Savannah and made a wrong turn. The S-2 is up on the net- that didn't take long! I've read a few of Dr. Bacevich's books. Deliberate work, but enlightening none the less. I hear him on NPR once in a while.  The "Western Front" wasn't so quiet for the Regiment after all.

I see you enjoy military history. I cordially invite you to browse the history website I created for the 2d Cavalry Association under the guidance of my mentor, Isaac Golden, former association adjutant.

More now. I've actually been in touch with AJ Bacevich off and on for years, from seeing his name pop up in various citations. The saddest note I sent, and reply back, came of all things the night/day I'd landed in Bangalore, India in 2007 to work there for a while. Dick Howe, our former Regimental assistant S2 is up in Lowell, Mass and emailed me that AJ's son, serving as a FIST officer in the 26th ID, had just been killed in Iraq. Ouch.

I'm in Atlanta (home, you'll recall) and every so often have lunch with Mike Hanley, who works at UPS and is still an ultra-hoot to hang out with. He's been in touch with Rob Lytle, who led a squadron from the Idaho Guard in Iraq and is a published author on Civil War artillery units.

I ended up teaching at Huachuca and left active duty to take a defense contractor job with SAIC in Denver. I think you and I spoke by phone in those days. You were working as a printer for a bunch of 7th Day Adventists and having visions and revelations from reading their stuff on the night shift. Whilst in Denver, I served in the 19th SF Group of the Colorado Army Guard and saw the world half of each year the whole time with those boys. That was some wild stuff. Then I ended up going to Moscow under a different aegis with the Defense POW/MIA office to exploit a window of opportunity post-Kommunism to get info on Americans missing behind the Iron Curtain. Now that, Bro, was some interesting duty. But other than that, I went the straight civilian route and work in IT, as a technical writer and marketing geek.

This is a pretty nutty place, this whole regimental web colossus here. You've run into Brother Tritt, and a number of the usual suspects are here as well. And yeah, I recall Bacevich used to call him Howard, that's funny.

So then, what are you doing in East Jesus, South Carolina? You realize you can't be more than a moderate drive away from Your Humble Narrator. Oh yeah, Ilene and I are still hitched (you realize on her part, that's the definition of sainthood) and we have a daughter in high school, Hannah, who is an eclectic and bright kid with hair the seven colors of the spectrum.

So, the Rittmeister is here! I wanted to send a brief note, more later. Have to run.

James it is!  Glad to hear you are well.  From the looks of your website & blog, you're likely still totin' saddle bags.  The only people to ever call me Howard were AJ Bacevich and a senile aunt.  I've been known as Max since day 1.  Dave Gettman is our unofficial historian -in- residence.  You may be able to give Dave a run for his money.

Welcome Home, Sir!  Pull up a stool, I'll get your first one. Pete Johnson's been seen/heard around here as has Z.  Col. Bacevich is down in Beantown.  There are a few others here that you may remember from Amberg. The rest of are currently unaccounted for.