What unit(s) did you serve in with the 2d Cavalry?
N/A

Where were you stationed?
N/A

What MOS or job description did you have?
N/A

What was your rank/title?
N/A

What years were you assigned to the 2nd Cavalry?
N/A

Tell us a little about your cav days.
N/A

Tell us a little about you now.
I am a lawyer and am writing a novel in which the main female character was born 1977 in a military hospital in Salzburg, Austria. I want to get information about the hospital for use in the novel. In the novel her dad is serving in the Army and is stationed in Salzburg after several years in Nam. I am much obliged for any help on this. I would like to talk to guys stationed in Germany Austria or Switzerland during the Korean War. And also guys with stories they need to have told, good or bad. I am a novelist. I also want to talk to guys stationed in Germany Austria Switzerland during the 70s and 80s. Warmest regards, Joe Thank you. Connect with me on Twitter, twitter.com/NordstromJoe

Do you have a web site?
http://https://twitter.com/NordstromJoe

Name a few buddies you served with that you would like to find.
My own father's name was Joseph John Jablonski, 65 Lafayette Street, Worcester, MA 01608 (?). This is not the fictitious father in my novel. My own father I think was in Wiesbaden then sent to Kaiserstuhl. Korean War years, 1954-56. birthdate 8/17/1930. I would like to talk to guys stationed in Germany Austria or Switzerland during the Korean War. And also guys with stories they need to have told, good or bad. I am a novelist. I also want to talk to guys stationed in Germany Austria Switzerland during the 70s and 80s. Warmest regards, Joe

Thailand he was 1st Sergeant for 562d Maint Co.

When he returned home in 1947 from WW II he spent a year as a platoon leader (1Lt) with the 717th Tank Bn, 2d Inf Div at Ft. Lewis, WA. He had received a battlefield commission to 2d lieutenant shortly before crossing the Ludendorff Bridge at Remagen with 99th Cavalry Reconnaissance Troop, 99th Inf Div.

In June 1948 during a reduction in forces (RIF) the 717th was inactivated and he was discharged. The following September he enlisted again as a master sergeant and was assigned to the newly organized 72d Heavy Tank Bn, which had been formed from the old 717th. He was sent to the Armor School at Ft Knox for 17 weeks to take the enlisted motor and track vehicle course and became the 72d's very first battalion motor sergeant.

According to his records he was in a warrant officer slot for 16 months, including 10 months in combat. During that 10 months the entire 2d Cavalry Division was nearly wiped out during a retreat from North Korea in the last days of November 1950. The division suffered over 5000 casualties in November, 95% of those the final 5 days of the month trying to get through "The Gauntlet", a series of mountain passes held by the Chinese and North Koreans. "A" Battery, 503d Artillery (155mm) was a 100% loss...every gun, every vehicle, every soldier. They stayed, supported by 2d Engineer Combat Bn, firing point blank into the oncoming enemy as the rest of the division attempted its escape. 2d Engineer suffered 95% equipment loss but had survivors.

Dad's tank battalion lost nearly all the tanks from Company C and several from the other companies. Months earlier, one of his best friends from Company A had distinguished himself in battle at the Naktong River when the North Koreans had captured the entire Korean peninsula except a small perimeter around the port city of Pusan, and were threatening to overrun that. His medal of honor citation reads like the final battle in the Brad Pitt movie FURY, except Ernie lived. https://en.wikipedia.org/wiki/Ernest_R._Kouma

When I Googled Ernie's name to get a link for you to read his citation, 6 pictures of him came up and I was pretty surprised to see one of the pictures was actually my dad seated in his 2d Inf Div khakis.

Anyway, since dad was in a warrant officer slot at the rank of master sergeant, he tested for the rank and received warrant officer junior grade after he left Korea. While he was with the 2d Cav as battalion motor officer for 1st Bn at Bindlach, he was promoted to WO-2. That's the rank he had when he was discharged at Ft Devens, then he went to Seattle and enlisted as master sergeant again. He was a sergeant major when he retired in 1971, but he was retired at the rank of 1st Lt because that was the highest rank he held in the active Army. Pissed dad off to no end!! In 2004 I had his retirement rank officially changed to sergeant major.

As for speaking German, my dad spoke fluent German, being the son of German immigrants living in a German community in Walla Walla, WA. When we went to Germany, I had German maids taking care of me a lot and my mom said I learned German before English. After we got back to the States, my mom, who couldn't speak or understand German, forbade my brother and I to speak it anymore. I lost it all and never picked it up again. I still remember a few words, but can't put together a sentence beyond "Eine bier, bitte".

The tank is another story.

Dad was discharged at Ft. Devens 15 Nov 57. He bought a new 1956 Plymouth Belvedere and we drove back to Tacoma, Washington, where he dropped us off and went up to Seattle to enlist again.

He was the one who served in Austria. I never had the pleasure to visit that country, at least not while I was old enough to remember. We did travel there in the early 1950's but I was just a toddler.

I do have an interesting story or two from my time on the Czech border, including this..... 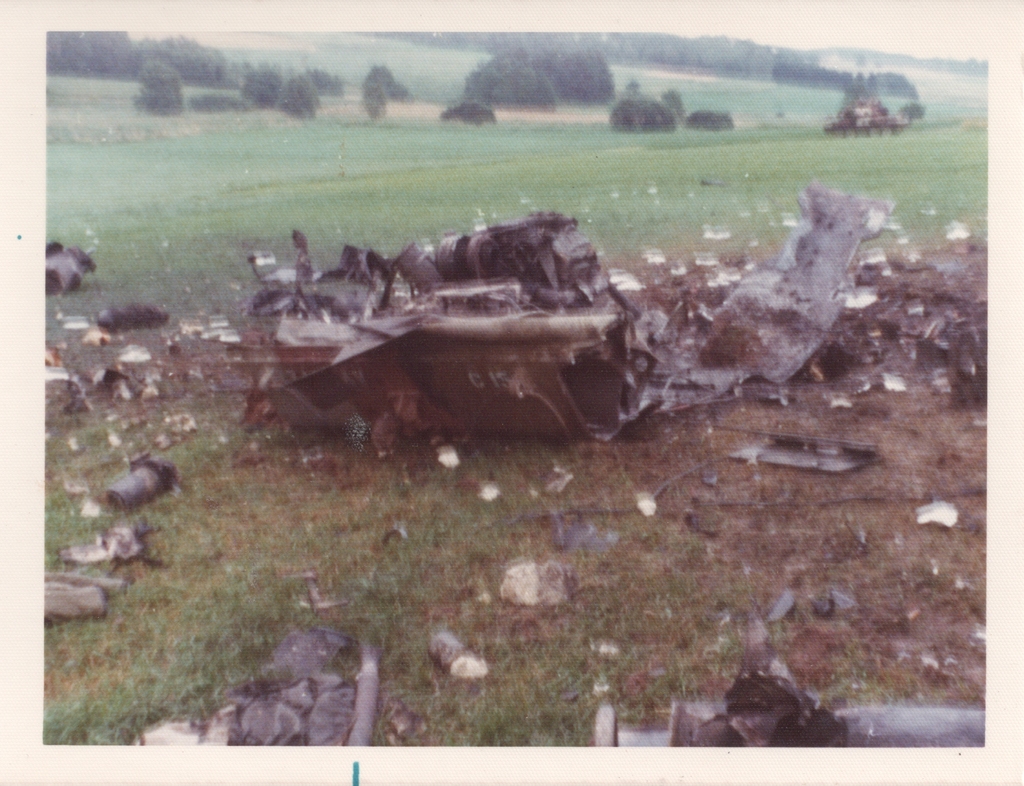 Morning. I just checked in to dragoon base for the first time in a few weeks and saw your name. Rings some bells. I served in Amberg from 82-84. Was wondering when you were there and what unit or units you served with.

If you would - e-mail me at censusguyz@gmail.com - I have a real life Jag story that will fit anywhere...

I see that you haven't had many takers, but as a writer myself, and having been stationed there 84-86 (Bindlach 1/2 ACR) I might be able to add a little color to your character and scene development.