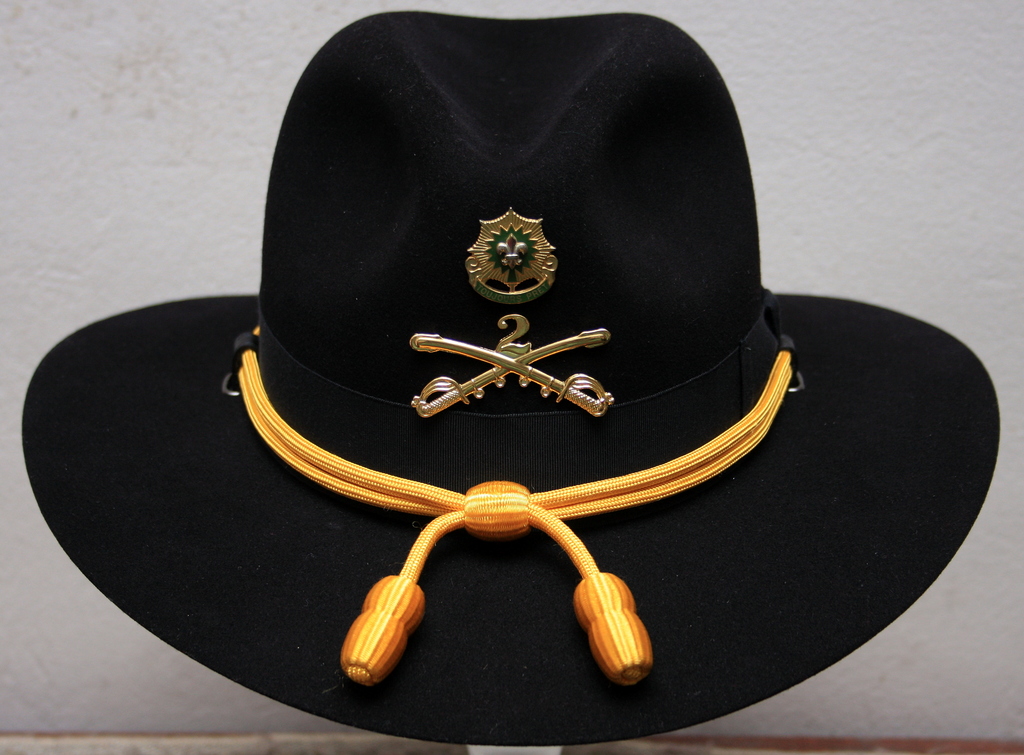 Maybe this was mentioned, I didnt read all 18 pages. I owned a Stetson (Stetson brand) Western Cavalry hat back in the 80's. They were about $50-$60 which was a significant sum for a Spc/4 living in the barracks. I never wore it to any function, they had been banned by General Rogers in 1980 or 1981. First was a verbal order that the Cavalry were to no longer wear "Cowboy Hats" and when the Cav failed to comply a written directive came down that Cowboy Hats, Spurs, and any accouterments that was not authorized issue was banned. That included sashes and Revolvers (2nd ACR XO), white scarves and yellow neckerchief's (Cav Pilots) and anything else that was not in the AR. Spur's were banned except at functions and left up to the local Commander.

But I never wore that Hat at any function. At the biggest Cav Ball I ever attended, 1985, Germany, held in some Palace, there was not a Cav Hat to be seen. The Honor Guard wore Kepi's with traditional 19th century uniforms. I have the photographs and no Stetson style (Cowboy Hat) Cav Hats. In fact the Uniform was Dinner Dress (Class A with White shirt and bowtie) and no headgear period.

I lost that hat in the 90's during a move I think, after I bought it I bet I didnt take it out of the box more than twice to look at it. I look at it like buying Dress Blues, which I bought for that big Cav Ball, a waste of money because I spent the money on those Dress Blues and that might and when I got married was the only two times I wore them.

I have no interest in owning another Cav Hat. That being said, if I were a young Trooper today and there are plenty of questions on Rally Point from young Troopers who want to know how they are supposed to buy a Cav Hat considering the cost for hat and setup, I would buy one but it wouldn't be what I bought the last and only time.

I would buy a Justin Western or Dorfman Pacific. No way would I spend more than $50 today for a Hat I am likely to wear a few times at most. And if it were for decoration, Dorfman Pacific, $30 at Tractor Supply. Justin Western, $50. They will look no different hanging on a wall than a $250 Stetson Skyline.

Jeff, standing to my left with the ugliest Stetson on the planet is the current president of the 2d Cavalry Association. The Stetson he is wearing has survived three combat tours, and I don't mean it sat in a box while he was running around in the desert. The Stetson was worn in combat daily in both Iraq and Afghanistan and was involved in two IED explosions, completely soaked in hydraulic fluid and on fire.

They wear the hell out of their Stetsons now. I only ever saw one when I was in the Cav, and he was a 2ACR helicopter pilot (WO-3) who had been in the Air Cav in VN. I don't doubt the headgear was with him, what I doubt is the headgear was on his head when his incidents occurred. I was one of the MPRI Coalition Forces Instructors who helped develop, write and train IED/VBIED countermeasures and drills at Camp Yankee, Kuwait 16 years ago and one thing I can tell you is no one in their right mind was out wearing soft headgear in areas known to potentially have IED/VBIED attacks. In fact, I trained a lot of Cavalry Units during that time and zero were wearing their Cav Hats anywhere.

Yea, later some units did begin wearing them regularly in the rear and the Army became pretty lackadaisical concerning who was authorized to wear the Hat. To the point that all you had to do is spend a day attached to a Cav Unit and you were authorized.

You don't have to be Cav to wear a Cav hat any longer. Just be in the right place at the right time. It no longer serves it's original purpose of separating Cav from "Not Cav" and building morale and Esprit De Corp in the Unit (2nd ACR Commanders response to General Rogers ban of "Cowboy Hats" and all other unauthorized headgear and accouterments in 1980).

If anyone can wear it, then there is no distinction, band or not. It was the same with Tanker Boots in the 90's. Tanker Boots were once in the domain of Tankers, Tank Mechanics and Scouts. In the 1990's while I was still a SSG, word came down that "anyone, including female soldiers, were authorized to wear Tanker Boots". The next day I walked into a Fort Hood Shopette and saw a Medical Officer wearing brand new spit shined Tanker Boots. So much for distinction.

Personally, I really don't care. When I was in the Gulf the first time with 1st/12th and 1st/9th we were still in the Chocolate Chip Cookie DCU and wearing DCU Boonie Hats. Couldn't keep them, had to turn them back in. By then, SSI was already going into effect at Hood. Another attempt at trying to turn the Army into the Marines.

When just about anyone can wear what was once a piece of distinctive gear or insignia, even when it was completely unauthorized (Making it even more distinctive), then it is no longer distinctive, no longer about historical military lineage, Esprit De Corps, or institutional memory. Its about everyone being the same.

And none of that was my original point. My original point was if I were still a young Trooper, I would not invest in an expensive Hat. I don't care who wears it, where it is worn or any of that, because whatever point it was you were trying to make doesn't matter. No one really cares one way or another. Even if they say they do.

My original point was, I would still buy a hat. But it would be a lot less expensive hat than what I bought then. Because the fact is you are not really going to be wearing that hat all that much, no matter what anyone claims.

Despite your doubts, it is true that Col.(r) Denny often wore his Stetson in combat leading his squadron, and indeed was wearing it when hit by IED's on multiple occasions. He often sent me photos while wearing it on patrol when I was doing the Association news website.

I got my Stetson over 30 years after I got out of the Army to show my support for the oldest continuously serving regiment in the US Army. I bought it from the 2d Cavalry Association store when it was run by Bill Heidner, former curator of the 2d Cavalry's Reed Museum. He not only returned my money but also sent me one each of every shirt, hat, tie, tie-tac, and lapel pin they had in inventory, plus cord and crossed sabers for my Stetson. When I tried to buy a set of silver spurs, he sent me his own very first pair. Later the 2d Cavalry Association presented me with gold spurs, but since I was never in combat I donated them to a war vet.

I wear my Stetson and spurs with great pride every chance I get. At least every two years at the reunions and too often at funerals of troopers headed to the Green.

I get what you are saying about the Stetson becoming commonplace. I felt the same way about the black beret. At one time worn (unauthorized) exclusively by the Cold War border cavalry regiments, it later became Army wide. Granted we weren't in combat on the border, but we could have been at the drop of a hat and we always wore our berets when mounted or dismounted. Of course we had to wear the CVC helmets for commo on the tanks, but that was it. Shannon, doesn't it though. Really like the look of the Civil War Worsted Cord and the Dragoon Orange has a "pop" to it.

There has been some discussion about Hat Cords lately. Mainly of colors or styles.

Thought I would put up a few pictures, borrowed from CavHooah.com, to show them. This is the Enlisted, Cavalry Yellow hat cord (current style) 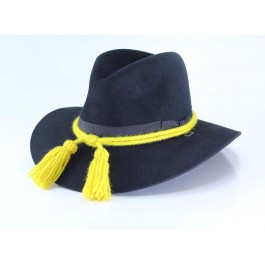 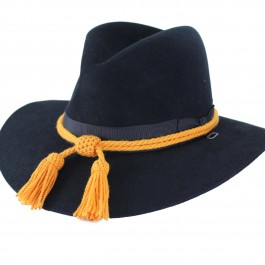 This one is the Civil War, Artillery, Hat Cord (Scarlet Red) This one is the Cardinal Red Hat Cord for the Medics 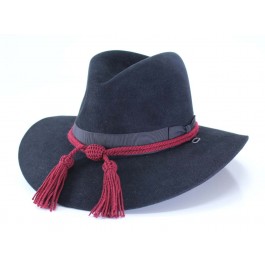