Let's talk about it. This is the place. Just remember we're all Brothers here.

This group does not have any discussions yet.

You need to be a member of Politics, Religion, Fist Fights, and other Tom Foolery to add comments!

There is a big difference.

If Your Time is short

I feel so enlightened.  You proved my point better than I could have.
Thank you and AMEN.

Its OK I"ll help you out,This is from politifact.

"A question that probably some of you are thinking of if you’re totally into that world, which I find to be very interesting. So, supposedly we hit the body with a tremendous, whether it’s ultraviolet or just very powerful light, and I think you said that hasn’t been checked, but you’re going to test it. And then I said supposing you brought the light inside the body, which you can do either through the skin or in some other way. (To Bryan) And I think you said you’re going to test that, too. Sounds interesting, right?"

"And then I see the disinfectant, where it knocks it out in one minute. And is there a way we can do something like that, by injection inside or almost a cleaning, because you see it gets in the lungs and it does a tremendous number on the lungs, so it’d be interesting to check that, so that you’re going to have to use medical doctors with, but it sounds interesting to me. So, we’ll see, but the whole concept of the light, the way it kills it in one minute. That’s pretty powerful."

Later, Trump clarified his comments after a reporter asked Bryan whether disinfectants could actually be injected into COVID-19 patients.

"It wouldn’t be through injections, almost a cleaning and sterilization of an area. Maybe it works, maybe it doesn’t work, but it certainly has a big effect if it’s on a stationary object."

Joe, I’m not going to play tennis with you.  We live on different planets.  I do think it fitting that the GOP is being led down a circular path in a wagon being pulled by the symbol of the Democratic party.   This would have been fun if you had a sense of humor.

Do you mean his predecessor who received constant negative bashing by the press since the minute he took office 24 hrs a day?Versus Biden with constant positive press?I wouldn't be to proud of that approval rating.On the bleach thing you should start reading things in their entire context & not by CNN & the Times,but then again you also believed the Russian collusion nonsense (again the Times & CNN among others) What a joke.

Funny you would mention that.  His approval rating is 3% higher than the final approval rating of his predecessor.  You might remember him. He’s the one who suggested bleach injections to treat COVID.

That he still has a 37 percent approval rate.

SHOCKING! ABSOLUTELY SHOCKING!!
You get the tar and I’ll get the feathers.  Just out of curiosity, what was the 2nd most important  earth shattering news article of the day? 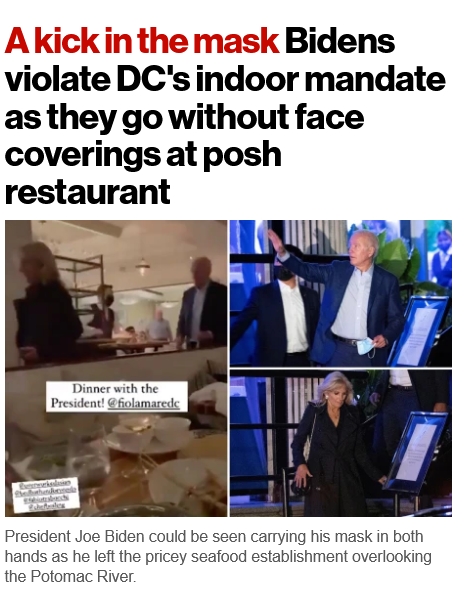